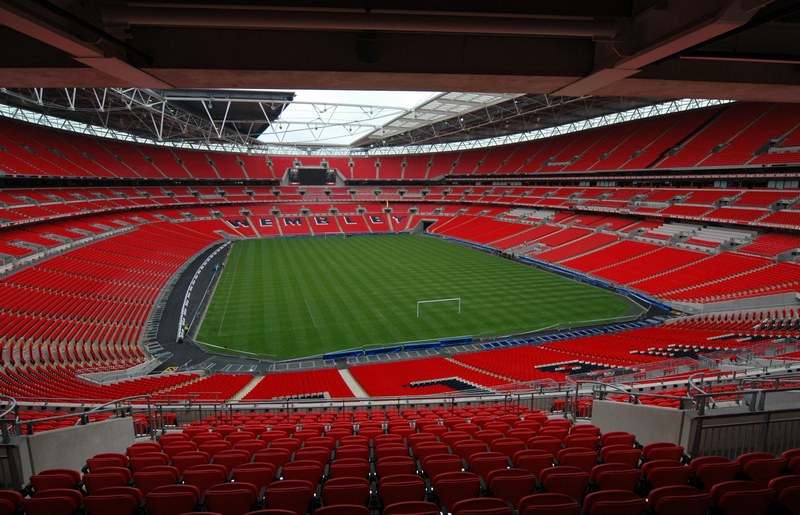 How Football Could Benefit Your Business

Think of your business as a football club. The pitch is your boardroom, the players are your employees and you are the manager. You may think this sounds crazy, but adopting some in-game tactics could let your business benefit from the lessons football clubs across the world have learned and take you from Accrington Stanley to Leicester City in under 90 minutes.

So with this in mind, let’s break down the beautiful game and explore how businesses can be coached into shape.

Understanding the offside rule is something that sorts out the serious fans from the amateur glory hunters. Luckily enough, it means something completely different in business.

Now you may be thinking – how does this relate to football?

Well, keeping a happy workforce is all in the leadership style, just as it is in football.

Aside from offering ridiculous amounts of money, a good manager will earn the respect of their players by approaching them in the right way. Let’s take Claudio Ranieri, Leicester City’s hero and Manager of the Year. During their nail-biting fight to the top, he encouraged his players to take one game at a time and kept pressure to a minimum. His approachable nature is what kept players like Jamie Vardy, who was offered £22m to join Arsenal, loyal to their team.

So, dig out that empathy and let your employees know that you’re all in it together.

This may seem like an obvious one, but training is vital for footballers. What people don’t realise is, it’s just the same for employees.

Many senior employees believe that training isn’t essential due to how experienced they are, but this just isn’t true. You would rarely see Zlatan Ibrahimović refusing to train because he doesn’t see it necessary. The workforce should be constantly learning in order to keep the business at the top of its game.

Here at Khaos Control HQ we’re big advocates of this, as staff training takes place regularly throughout every department and tests are taken place to access our knowledge. This allows us to keep on top of our customer service. You can read more about this here.

Knowing when to make the right decisions is key for both business and football. One wrong move could have disastrous consequences.

Let’s take a look at Pep Guardiola, the current manager of Manchester City. When he was brought in to manage FC Barcelona back in 2008, he had some very unpopular decisions to make. Ronaldinho, one of the world’s leading footballers, was causing concern for Guardiola as he appeared to be displaying a lack of discipline both on and off the pitch. Despite the horror of tens of thousands of fans, Pep decided to sell him on. This turned out to be the right decision as his performances declined rapidly.

A lot can be taken from this. Trusting your judgement even when it seems you’re going against the grain is important, as only you will know where you want to take your business.

Taking a risk is always necessary to get any business off the ground. Footballers make risky decisions during every game. Imagine you’re on the pitch, you’ve got the ball and you’re in a position to find the net – do you have the confidence to take the shot or are you going to pass it to the player next to you?

Think of it in a business sense, unless you take that risk, someone else will. After all, you miss 100% of the shots you don’t take.

Concentrate on the Second Half

As Paul “Bear” Bryant, the legendary American Football coach said; “Don’t give up at half time, concentrate on winning the second half”. It’s very easy to throw the towel in when things don’t go your way, and the mere thought of failure is enough to keep anyone awake at night. But it’s those who persevere that finish first.

Rewind back to 2005 when Liverpool took on AC Milan in the Champions’ League Final. The first half saw Liverpool down by 3 goals and fans almost certain that AC Milan was set to take the win. The second half, to the surprise of many, saw Liverpool equalise and eventually win the game on penalties.

Gaining the right mentality to keep going, even when it seems like you’re not succeeding is vital.

No man is an island. And this is true for football and business. Without working together as a team you will achieve nothing.

It always helps when you have a great leader that will promote the ethos of having one big happy family. This is something Alex Ferguson did well as he said, “Togetherness is not just a nice concept that you can take or leave according to taste. If you don’t have it, you are nothing. Selfishness, factionalism, clique-ishness are all death to a football club. There is no substitute for talent but, on the field, talent without unity of purpose is a hopelessly devalued currency”.

Make sure to build up a strong bond between you and your workforce in order to instil the importance of teamwork.

Keep your Eye on the Ball

When preparing for a match, every professional football team studies the opposition, how they play and what their weaknesses are. It’s important to do this in business. Keeping your eye on what the competition is up to allows you to stay one step ahead!

Tackling the Stats will Benefit Your Business

Believe it or not, football can get a little more technical than just kicking a ball. All Premier League clubs and even some lower league, will employ data analysts to break down the figures underlying their performance, using tools like Opta Stats. They believe that by turning a football match into numbers, figures can be assessed for patterns and strategies can be born out of them.

In business, keeping track of your figures is also essential. Our mobile ERP software solution, Khaos Control Cloud, allows you to analyse the data behind your business’ performance, whenever and wherever you want.

Make sure to invest in a good system that will help drive your team to the top of the league.

On the Road to Wembley!

Now you have an insight into how the beautiful game can help get your business going and have the confidence to take the shot, instead of watching from the stands as somebody else gets the glory, you’re on the Road to Wembley and beyond. Do you have experience of taking tactics and knowledge from another field and applying them to your business? Get in touch today, we’d love to hear from you and continue the conversation!